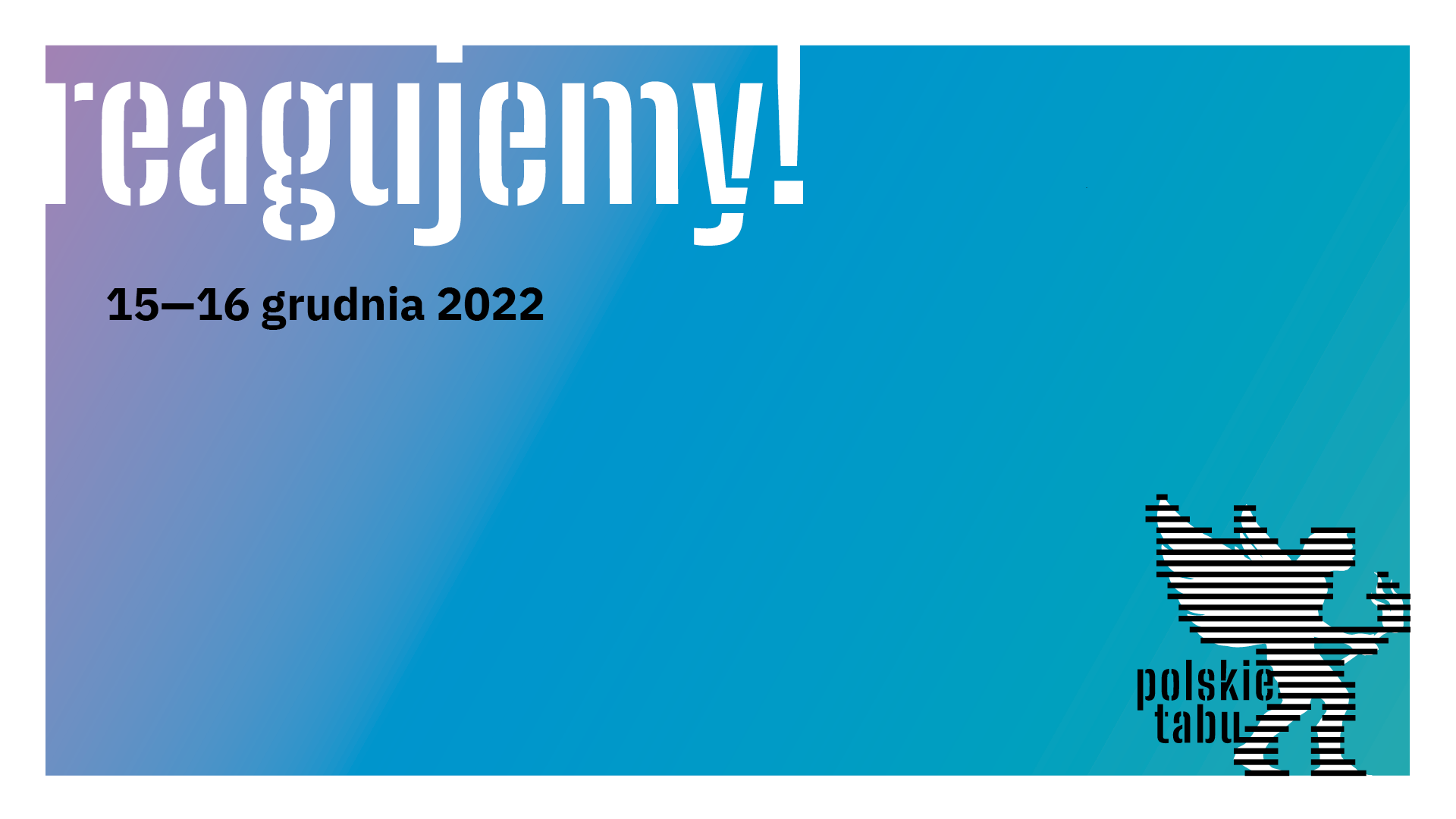 Register for the network meeting: https://forms.gle/bowJCZcmzqHB44qUA

“Reagujemy!” is an open network of culture managers operating under the name meaning “We react!”. It brings together people working for cultural institutions in regional capitals and smaller locations, and also ones operating in non-governmental organisations and informal collectives.

The “Reagujemy!” initiative reacts to the humanitarian crisis on the Polish–Belarusian border, war in Ukraine, and the increasing ethnic diversity in Poland related to the influx of refugees. All these make the people working for culture redefine their mission, programme and ways of building relations with event participants and audiences, and create a new model of work. A multi-ethnical and multicultural community prompts defining the role of cultural institutions as incubators of events that are on the one hand designed for specific minorities, and accounting for their problems, identity, and language, and on the other are of strongly universal character. Doing that, it makes sense to draw inspiration from the work of foreign entities that have long operated in societies of rich cultural and ethnical mixes. Some of their experiences can be transferred to the Polish reality, while the differences that set us apart need defining. All this boils down to the fundamental imperative of redefining the missions and tasks of institutions of culture and a joint reflection on what future has in store for us.

The following meeting of the culture managers gathered in the “Reagujemy!” network will take place during the Boska Komedia / Divine Comedy Festival in Kraków. Festival productions tackle the subjects of the war of Ukraine and the presence of Ukrainian refugees in Poland in coproductions by Polish theatres and Ukrainian artists who have found a refuge in our country and started working here after 24 February.

10:00
Utopia Home – International Empathy Centre
Introduction – presentation of the results of previous meetings of the network in Poznań and Gdańsk

20:00
Łaźnia Nowa Theatre
5:00. UA – a play created by Ukrainian women artists during an artistic residence under the patronage over the Forum of Theatre Directors of the Silesia Region

15:30
Utopia Home – International Empathy Centre
What next? The future of “We react!”

Register for the network meeting: https://forms.gle/bowJCZcmzqHB44qUA