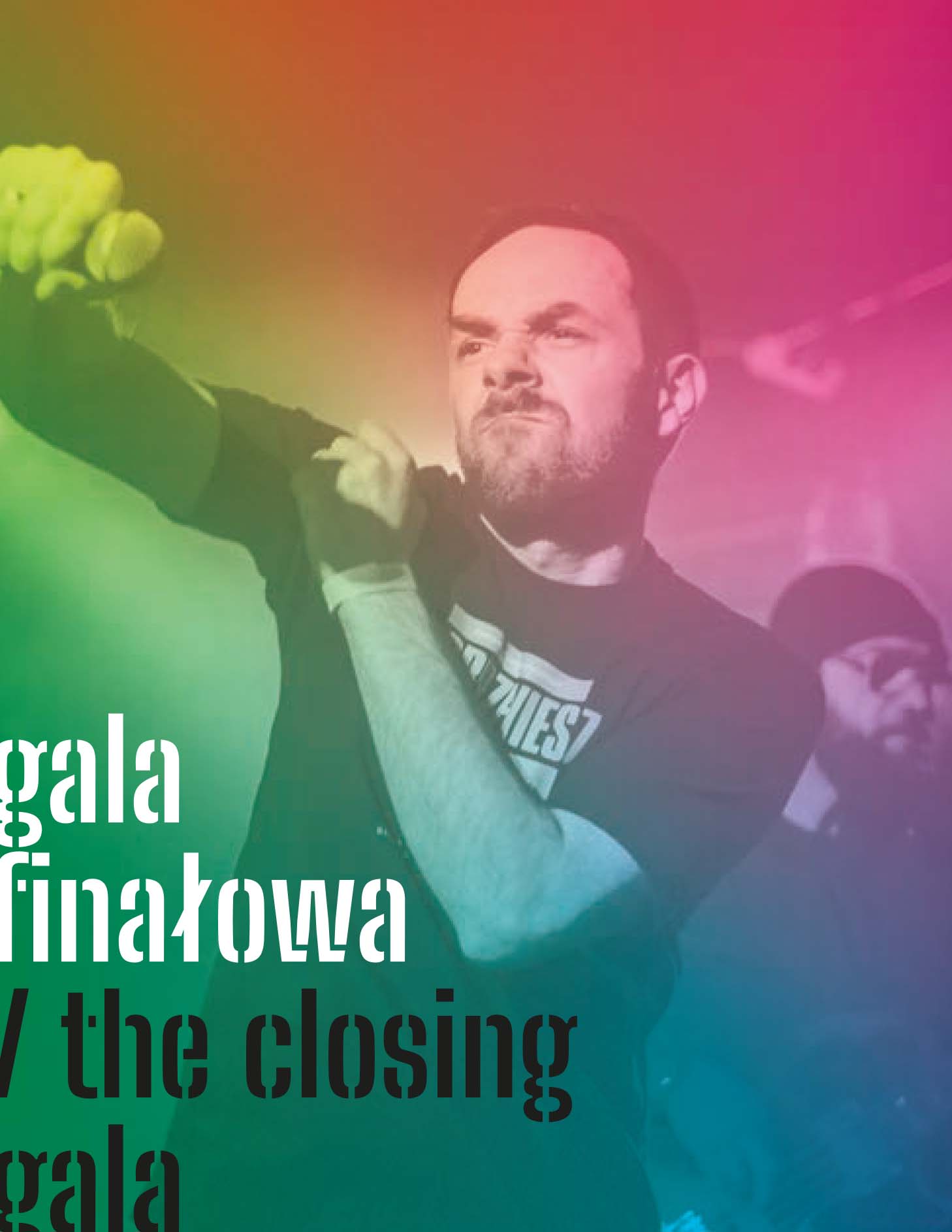 This year’s gala closing the festival will be held in the Łaźnia Nowa Theatre.

That exceptional evening will be an opportunity to learn who the winners of the Boska Komedia / Divine Comedy are, and what prizes and what categories the international jury have decided to award, as this year that decision is at the sole discretion of the jury.

The official part of the closing gala will open with a concert by Łona and Webber duo. The music they play is often dubbed “the intelligentsia rap” to emphasise that they expand the borders of the genre. We are ready for powerful vibe and impressions, as Divine Comedy has as yet never hosted rap music.

Then time will come for the celebration of the theatre festivity, talks, emotions, and the joy that stems from the meeting. For it is the meeting that is most important in the difficult times we live in. Let us therefore forget all the vicissitudes of life and enjoy being together on that December night.

ŁONA AND WEBBER
Łona is Adam “Łona” Zieliński, a rapper from Szczecin. Webber is Andrzej “Webber” Mikosz, a music producer, also from Szczecin. The music they perform is usually called “rap of the intelligentsia” but that does not mean that their output only serves the educated. On the contrary, it is fit for nearly everyone, and certainly for the audiences of the Divine Comedy. For Łona’s texts swarm with paradoxes, unexpected associations, puns, and subversive humour. One of their pieces – a phone call to Our Lord – was interpreted by students at their Polish A levels, another one included a conversation with cuts (scratches based on excerpts from songs by other artists), in yet another they sang texts with no Polish diacritics. Little wonder that the Council for the Polish Language of the Polish Academy of Sciences eventually awarded Łona the title of the Young Ambassador of the Polish Language in 2017. In turn, Webber’s compositions draw from hip-hop, yet he mingles the genre with other styles, not afraid of using acoustic instruments.